LOS ANGELES – Consumers nationwide are suing BMW for knowingly selling allegedly defective BMW i3 REx models that can suddenly and without warning lose speed and power mid-drive, putting drivers and passengers at risk of crash and injury, according to Hagens Berman.

BMW i3 owners are now being represented by leading auto defect consumer-rights law firm, Hagens Berman, which achieved the largest automotive settlement in U.S. history – $1.6 billion against Toyota. The law firm is also leading litigation against General Motors for its ignition switch defects, and other national lawsuits against Volkswagen and Mercedes for illegal use of emissions-cheating software.

If you own or lease a BMW i3 REx, you may be entitled to compensation for this serious safety defect. Contact Hagens Berman to find out more about this issue and your consumer rights against BMW.

BMW’s i3 REx electric cars can unexpectedly lose power and drop to dangerously low speeds when operating on low battery power with the REx range extender operating. The lawsuit states that this defect essentially renders the REx useless and dangerous when operating as intended despite emphatic marketing from BMW that the Range Extender doubles the range of the i3 from approximately 81 miles to 150 miles.

“When BMW marketed and sold these vehicles, it knew exactly how to appeal to owners of electric cars: it sought to quell range anxiety, or the fear that the battery won’t last to the destination,” said Steve Berman, managing partner of Hagens Berman. “We believe that BMW exploited this fear and sold its REx models as a cure, when in fact it knew that this defect would leave drivers in dangerous situations, unable to maintain safe speeds in traffic.”

Rather than extending the range of the BMW i3, BMW’s deceptively named Range Extenders only come on when the battery reaches 6.5 percent or less charge, and they plunge the vehicles into ‘limp mode,’ suddenly slowing the vehicle to dangerously low speeds in highway traffic, and unable to climb hills or accelerate, according to the complaint.

“Drivers have recounted BMW’s Range Extender defect to us, calling it a dangerous ‘hazard,’” Berman added. “One driver experienced a sudden total inability to accelerate when attempting to pass another driver on a two-lane road with rolling hills. Another was going 65 mph in the carpool lane of a Los Angeles freeway when his speed suddenly dropped to 15 mph. Those are life-threatening situations no one should ever be placed in, and we think BMW should be held accountable for selling dangerous, faulty electric cars.”

The complaint states, “BMW’s deception resulted in very real injury to owners of the Affected Vehicles and to California residents. By manufacturing and selling cars with defective Range Extenders, BMW defrauded its customers and engaged in unfair competition under state and federal law.”

The lawsuit seeks buyback, reimbursement for vehicle owners for the premium that they paid for a Range Extender over the cost of the same model without one as well as compensation based on any “fix” and extended warranties that will go unused. In addition, attorneys seek punitive damages for BMW’s fraud that put drivers at risk.

Learn more about the lawsuit against BMW. 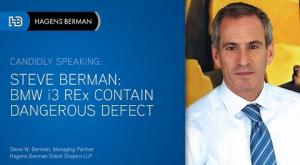 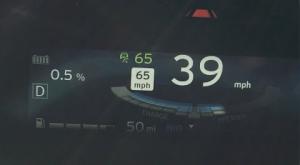 The owner of a BMW i3 REx documents a defect affecting the car's range extender, causing the car to become slow and dangerously unresponsive during operation.