MIAMI – Owners of Corvette Z06 track cars today sued General Motors for knowingly selling allegedly defective Z06 models that, while marketed as having “track-proven structure and technologies,” cannot actually be operated safely on a racetrack and enter a performance-limited “limp mode” while tracked, even on public roadways, according to Hagens Berman and Grossman Roth Yaffa Cohen, co-counsel law firms representing the plaintiffs.

According to the lawsuit, owners have reported that despite GM’s slick marketing of the 2015-2017 model year Z06 cars, the vehicles would overheat and often enter limp mode after only about 15 minutes of track driving due to a defective cooling system. When the vehicle enters limp mode, according to the complaint, its power and speed are “drastically reduced,” creating an obviously dangerous event when surrounded by speeding cars. Plaintiffs allege in the suit that they have experienced limp mode also while on public roadways. The defect also causes damage to the engine due to warping from high temperatures, the suit says.

Attorneys estimate there are more than 30,000 affected Corvette Z06 cars in the proposed class.

The law firms say that GM deceived customers and violated state and federal laws by failing to ensure that the Z06 functions safely, and by failing to disclose the cooling system defect. The suit brings counts of fraudulent concealment, breach of warranty, unjust enrichment and other claims.

Corvette Z06 owners are being represented by leading auto defect consumer-rights law firm, Hagens Berman, which achieved the then largest automotive settlement in U.S. history and Grossman Roth Yaffa Cohen, a nationally recognized trial law firm. Hagens Berman is also leading litigation against GM for its ignition switch defects as well as an additional suit for its illegal use of emissions-cheating software in Duramax trucks.

The lawsuit, filed June 13, 2017, in the U.S. District Court for the Southern District of Florida, seeks monetary damages for a proposed nationwide class of consumers who purchased or leased the affected vehicles, as well as injunctive relief for GM's misconduct related to the design, manufacture, marketing, sale and lease of affected vehicles.

“We believe we’ve found GM to be guilty of a classic bait and switch – one that cost thousands of consumers dearly, up to $120,000, and broke state consumer protection laws,” said Steve Berman, managing partner of Hagens Berman. “GM enticed race enthusiasts with bells and whistles, promising a car that could maintain safe speeds and power when tracked, but we believe what it sold them was far from what it promised. This defect not only damages the Z06 engine, but endangers drivers.”

"The defect in question markedly limits the car’s performance – the sole reason these hotrod enthusiasts bought the Corvette Z06 in the first place. If they’d known of this defect at the time of purchase, they likely wouldn’t have spent six figures on the Z06," Berman added.

The complaint cites consumer online forums, stating, “Customer experiences with the Z06 on the track differ dramatically from GM’s promise of a track vehicle and chronicle the activation of Limp Mode, or the driver having to pull off the track to let the engine cool down. Z06 testimonial websites and GM customer service files are replete with complaints from consumers who reasonably believed that their Z06 would in fact be fully track capable, but instead have been put at risk of accident on race tracks and during non-track driving when the defective transmissions and rear differentials overheat, causing the cars to go into Limp Mode at drastically reduced speed and performance, or have to stop track driving to protect the engine.”

“In marketing the Z06, GM said this car was ‘conceived on the track’,” said Stuart Grossman, founder and partner at Grossman Roth Yaffa Cohen. “Any reasonable purchaser would have assumed that a car sold this way wouldn’t shut down and lose speed and power after only 15 minutes of track driving.”

The lawsuit seeks reimbursement and all damages permitted by law for vehicle owners, including diminution in value of affected Z06 models and/or loss of the benefit of the bargain, in an amount to be proven at trial to compensate owners for GM’s fraud that put drivers at risk. Plaintiffs also seek an order enjoining GM’s deceptive marketing and sales acts and practices, as well as punitive damages.

Grossman Roth Yaffa Cohen is a team of award-winning trial attorneys devoted to helping individuals and businesses damaged by other’s negligence or misconduct seek the justice to which they are entitled. From its four offices throughout Florida, the firm is focused on the catastrophically injured and high-stakes litigation in state and federal courts in Florida and around the nation covering multiple areas of trial law, including medical malpractice, product liability, personal injury, wrongful death and complex litigation cases. Grossman Roth Yaffa Cohen is extremely selective about who it chooses to represent because the firm is dedicated to ensuring clients receive the personal attention they deserve during their representation.  For nearly 30 years, Grossman Roth Yaffa Cohen has achieved a record of jury verdicts and settlements for its clients totaling more than one billion dollars and has been recognized with multiple national and regional awards, such as the LawDragon 500 Leading Attorneys in America, the Perry Nichols Award, Florida Trend’s Legal Elite and Top Attorneys in Florida. To learn more about Grossman Roth Yaffa Cohen, visit www.grossmanroth.com or call 888-296-1681. 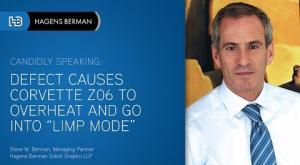