Following the unexpected death of actor Anton Yelchin, two Jeep Grand Cherokee owners have filed separate injury lawsuits in New Hampshire and Virginia against Fiat Chrysler after their rollaway vehicles caused them serious harm, rolling over their legs and leading to months of physical therapy and life-changing impairment, according to Hagens Berman.

Affected vehicles include: 2014-2015 Jeep Grand Cherokee, 2012-2014 Chrysler 300 and 2012-2014 Dodge Charger, recalled for their electronic gear selector made for FCA by ZF that returns to the same position after each manipulation. Fiat Chrysler states in describing the shifter: “…unless due care is taken, drivers may draw erroneous conclusions about the status of their vehicles.”

It also changed its design following injury reports, stating, “To address customer satisfaction issues, the Company began equipping the Charger and 300 with a new shift-lever design in model-year 2015. The Grand Cherokee’s shift-lever was updated in model year 2016.”

“While common sense would dictate a vehicle’s shifter – an integral part of car design and safety – be user friendly and functional, Fiat Chrysler has knowingly sold these vehicles with a shifter that it self-describes as confusing,” said Steve Berman, managing partner of Hagens Berman. “Since we began our initial investigation, dozens of individuals have come forward with details of rollaway Jeep injuries. It is our hope that we can bring a swift end to the injuries and crashes caused by Fiat Chrysler’s gross negligence and concealment of this widespread defect.”

If you have been injured in a rollaway incident involving an affecting Jeep Grand Cherokee, Chrysler 300 or Dodge Charger vehicle, contact Hagens Berman to find out your rights.

New Hampshire plaintiff and mother of five, Becky Peoples, suffered a traumatic injury when her Jeep rolled over both of her legs after it dragged her and knocked her face-first onto the ground in a fight to stop the vehicle.

Becky had put her vehicle in park momentarily while readying to leave her home with her daughter. After she exited the Jeep, it began to roll, and she initially assumed the vehicle was being stolen. When Becky saw that no one was at the wheel, she fought to regain control of the rollaway Jeep, it hit a neighbor’s mailbox and rolled across the street, dragging her along and rolling over her legs. Becky was taken to the hospital immediately after the accident.

The vehicle’s crushing damage to her legs left her unable to walk, and she was in braces for 12 weeks. She has endured over 20 physical therapy sessions and her recovery is expected to take more than a year. Even then she will have permanent scaring, loss of mobility and permanent disfiguring of her knee.

Becky once lived an active lifestyle that included hiking with her family and competing in charity cycling events, but since the accident, complications and pain have greatly limited her quality of life, and she is faced with the ongoing struggle to maintain her fitness.

Fiat Chrysler sent an investigator to evaluate Becky’s car, only to send her a letter stating the accident was her own fault, forcing her to continue driving the vehicle that nearly killed her.

“She may never fully recover or be pain free”

Daneen Holcomb, a mother and grandmother in Virginia, was also severely injured due to the defective design of the ZF shifter installed in her Jeep Grand Cherokee. Daneen’s injuries included severe ankle sprains, soft tissue injury, contusions and deep lacerations to her heels and feet. She endured tremendous swelling of her feet and ankles and intense pain. Daneen was unable to work for several weeks following the accident and was required to lay prone with her legs elevated and iced.

When leaving her home, Daneen stopped at the end of her driveway to place outgoing mail in her mailbox. She put the car in park, then opened the door and stepped out. The Jeep immediately began to roll. The open door pushed Daneen to the ground where her head and back struck the gravel driveway before the front wheel of her Jeep rolled over her feet and ankles.

“The Jeep continued to roll off Daneen’s property and into the neighbor’s yard, then it struck a parked school bus. Daneen attempted to get up and yelled at her neighbor to get out of the way, but she crumpled to the ground in pain,” the lawsuit states. An ambulance arrived and took Daneen to the hospital.

Daneen now experiences daily pain from her injuries and has undergone physical therapy for months, yet the prognosis is that she may never fully recover or be pain free.

The law firm also filed a national class-action lawsuit against Fiat Chrysler over the defect affecting 811,000 vehicles stating the automaker fraudulently concealed and failed to remedy the defect.  “811,000 is no small figure,” Berman added. “That’s 811,000 individuals who could wind up suffering the life-altering traumatic injuries that our clients have faced. We want to put a stop to it, and Fiat Chrysler has shown that unless it is forced to act, it will sweep these injuries under the rug.”

The class-action lawsuit seeks recovery for vehicles owners’ losses including diminished vehicle value due to the design defect, as well as recoveries for other damages and an injunctive order to end Fiat Chrysler’s allegedly deceptive practices. 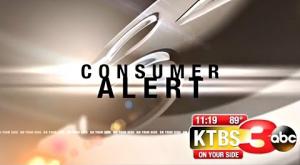 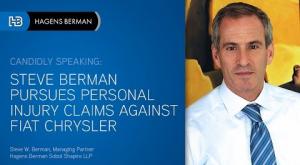 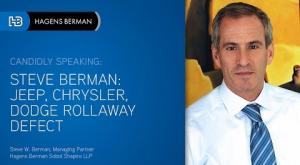 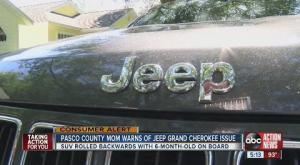