SEATTLE – Some of major league baseball’s biggest fans – season ticket holders – today filed a class-action lawsuit against the commissioner of Major League Baseball (MLB) association Rob Manfred, and the office of the commissioner, alleging Manfred has failed to uphold his duties to enact safety measures against the danger of foul ball and bat injuries through a widespread pattern of negligence, misrepresentations and omissions toward baseball spectators at MLB games, according to attorneys at Hagens Berman and Hilliard Muñoz and Gonzales LLP.

The lawsuit alleges that tens of millions attend a Major League Baseball game annually, and every year fans of all ages, but often children, suffer horrific and preventable injuries, such as blindness, skull fractures, severe concussions and brain hemorrhages, when they are struck by a fast-moving ball or flying shrapnel from a shattered bat.

The complaint filed on July 13, 2015 in the U.S. District Court for the Northern District of California alleges that at the same time that the commissioner has failed to act to protect spectators, he has continued to make statements that promote Major League ballparks as safe and family-friendly and has sought to increase attendance of young fans – a demographic that is highly at risk for foul ball and bat injuries.

“Every type of fan is constantly at risk of serious injury or death. From infants to the elderly to anyone in between – all are just one pitch away from a line drive foul ball heading at them at lightning speed,” said Robert Hilliard, partner at Hilliard Muñoz and Gonzales LLP. “If that foul ball is hit hard enough, reaction time is basically zero and life-threatening injury is certain.”

“This is a needless risk. Extending the nets will, as a fact, save lives," Hilliard added.

“The MLB has stated that fan safety is its ‘foremost goal,’ but the league and commissioner’s inaction and negligence to this growing risk have spoken much louder,” Hilliard said. “It is the duty of the MLB commissioner to make change, and despite his responsibility and awareness of the pattern of spectator injuries, he has failed to uphold that duty to the detriment of millions of baseball’s biggest fans.”

“What’s more alarming is that MLB players – who know the risks of baseball better than anyone – have demanded since 2007 that safety netting at MLB fields be expanded to protect near the foul ball lines, something that the commissioner failed to disclose to the public,” added Steve Berman, managing partner of Hagens Berman.

The nationwide class action seeks to change current MLB rules and practices, including requiring the MLB to retrofit all existing major league and minor league indoor and outdoor ballparks to extend protective netting from foul pole to foul pole by the beginning of the 2016-2017 MLB season. Relief sought also stipulates that all future ballparks intended to house major or minor league baseball games need to include at minimum this amount of safety netting. Plaintiffs also seek to create a program to study spectator injuries in an effort to continually reevaluate whether additional measures should be taken, so that precautionary measures can continue to evolve as the sport continues to evolve.

Individuals who have purchased season tickets to any major or minor league park may contact Hagens Berman by emailing MLB@hbsslaw.com or by calling 206-623-7292. Find out more about the class-action lawsuit against the MLB.

“The seats in the exposed areas just past the netting, along first and third base, between the foul poles, where most foul balls are hit, are often occupied by families because they are more affordable and/or protected seats are sold out,” the complaint alleges. “These seats are often occupied by young fans… However the area along the foul lines poses a particular danger to spectators. It is particularly dangerous because it is not protected from flying balls and bats by protective netting, and because traditionally, line drive fouls are normally hit flush, and send the ball at a higher velocity down the lines.”

According to the suit, the combination of right-handed power pitchers and left-handed hitters that are likely to swing late at fastballs tends to make the area behind and near the third base dugouts particularly dangerous. The first and third base lines are also dangerous because of their proximity to the bases, where players often throw at high velocity toward the bases in attempts to tag out runners.

The suit also alleges that the commissioner has actively increased distractions and entertainment in the parks to appeal to younger fans, including enhanced larger JumboTron screens and displays.

“It is time for the commissioner to take action, to protect spectators sitting between the foul lines along first and third base, where fans are suffering serious and entirely preventable injury,” Berman said. “The MLB currently generates $9 billion in revenue annually. We think that asking the league and commissioner to be responsible for increased netting and basic protection for the fans who fill the seats is the MLB’s duty to baseball’s most dedicated.”

Hagens Berman has been a pioneer in national sports litigation and has filed class-action lawsuits against FIFA, the NFL, the NCAA and other sports governing bodies concerning risks to players’ safety, concussions and brain injuries, rights to player likenesses in video games and rights to fair scholarships.

Hilliard Muñoz and Gonzales LLP has led the push for various reforms for decades, filing suits to protect residents of state schools from “fight clubs,” suing to protect the innocent killing of Mexican citizens by U.S. Border Patrol agents, and stopping predatory lenders from wrongly foreclosing on lower income homeowners.

Individuals who have purchased season tickets to any major or minor league park may contact Hagens Berman by emailing MLB@hbsslaw.com or by calling 206-623-7292. Find out more about the class-action lawsuit against the MLB.

About HMG
Hilliard Muñoz and Gonzales LLP (HMG) specializes in mass torts, personal injury, product liability, commercial and business litigation, and wrongful death. HMG has been successfully representing clients in the United States and Mexico since 1986. Bob Hilliard obtained the Largest Verdict in the country in 2012 and the #1 verdict in Texas in 2013. More about the firm can be found at www.hmglawfirm.com. Follow the firm for updates and news at @hmglawfirmcc. 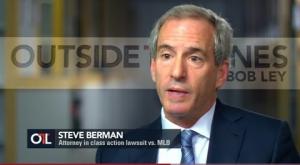 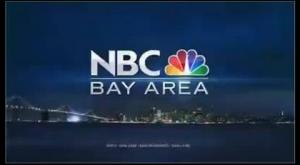