U.S. District Court Judge James Selna of the Central District of California today issued a final ruling in the Toyota (NYSE: T) sudden, unintended acceleration litigation, in which he granted final approval to a settlement of economic loss claims valued at $1.6 billion in benefits for class members.

Judge Selna, who has presided over the case since its filing in 2010, commented that many class-action settlements appear to be appealing on their face but don’t provide sufficient payouts to consumers. In his comments from the bench, Selna lauded this settlement, calling it “extraordinary because every single dollar in the cash fund will go to claimants.”

He also praised the plaintiffs’ counsel, including Hagens Berman, for “great lawyering” throughout the very complex case.

“There are many reasons we are extraordinarily proud of the settlement we’ve brought to consumers,” said Steve Berman, co-lead counsel for the plaintiffs and managing partner of Hagens Berman. “For example, those who sold their Toyota vehicles at a loss can receive from $125 up to $10,000 depending on the level of depreciation, a significant financial recovery.”

The lawsuit alleged that the trade-in value of Toyota vehicles plummeted after media reports and consumer complaints concerning an alleged defect that caused the vehicles to suddenly accelerate out of control.

Several lawsuits were ultimately consolidated in U.S. District Court in California, and litigation proceeded until a settlement was reached last December.

In a ruling last month, Judge Selna praised the plaintiffs’ counsel, including Hagens Berman. “Class counsel has consistently demonstrated extraordinary skill and effort,” he said. “By any measure, the results achieved by class counsel are exceptional.”

Moreover, the settlement establishes a second $250 million fund to compensate Toyota owners who sold their cars between Sept. 1, 2009, and Dec. 31, 2010, for an alleged reduction in resale value.

The total value of the settlement package is estimated to be between $1.2 and $1.4 billion.

“This is a great settlement for consumers,” said Berman. “It includes both safety fixes to make Toyota vehicles safer as well as monetary relief for owners who saw a reduction in their vehicle’s value.”

Consumers can learn more about the settlement by visiting http://www.toyotaelsettlement.com/ or by calling Hagens Berman at (206) 623-7292.

More information about this case is available at: http://hbsslaw.com/cases/toyota 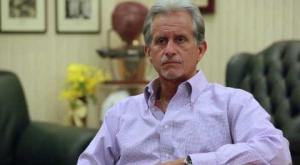