SEATTLE – In a court order issued Mar. 18, 2021, tuition and fee payers at the University of Washington received a victory against UW in a class-action lawsuit, as the court upheld their claims to potential repayment related to COVID-19 campus closure, online-only education and loss of paid-for amenities, according to Hagens Berman.

Reviewing UW’s motion to dismiss, a King County Superior Court judge upheld the tuition payers’ claims of breach of contract, breach of implied contract and unjust enrichment, greenlighting the case so that it may proceed to the discovery phase, during which evidence is gathered. In doing so, the court rejected UW’s argument (among others) that the plaintiff’s claims were deficient unless he stopped his education and withdrew from school.

“Tuition and fee payers at UW and many other universities across the country bargained for more than simply class credits. With UW’s COVID-19 closures, they paid thousands of dollars for services they paid for but never received, such as in-person education, access to campus activities and spaces, and more,” said Steve Berman, managing partner of Hagens Berman and attorney representing students in the lawsuit. “The court appropriately rejected UW’s argument that our client, a graduate student at UW, held deficient claims unless he stopped his education and withdrew from school.”

The lawsuit was filed Sept. 16, 2020. Hagens Berman has also brought similar lawsuits against more than a dozen other universities across the country for failure to repay tuition-payers for their losses. If you are paying for college tuition and/or fees at any U.S. college or university closed due to COVID-19, find out more about the lawsuit and your rights.

The class action against the University of Washington seeks partial repayment for tuition and other mandatory fees citing the university’s response to COVID-19 campus closure and online learning.

The complaint reads, “Despite sending students home, transitioning to online instruction, and closing its campuses, University of Washington continued to charge for tuition and/or fees as if nothing changed, continuing to reap the financial benefit of millions of dollars from students.”

The graduate student bringing the lawsuit states that he paid UW for “opportunities and services that he did not receive, including on-campus education, facilities, services, and activities.” The lawsuit highlights that the plaintiff enrolled to obtain in-person, on-campus instruction including ability to attend professors’ office hours and access campus amenities and faculty mentorship.

The suit also says that in the university’s efforts to recruit students, it touts its face-to-face campus experience including student life.

Find out more about the class-action lawsuit against colleges and universities for tuition and other costs incurred during the outbreak of COVID-19.

About Hagens Berman
Hagens Berman Sobol Shapiro LLP is a consumer-rights class-action law firm with 10 offices worldwide. The firm’s tenacious drive for plaintiffs’ rights has earned it numerous national accolades, awards and titles of “Most Feared Plaintiff’s Firm,” MVPs and Trailblazers of class-action law. More about the law firm and its successes can be found at www.hbsslaw.com. Follow the firm for updates and news at @ClassActionLaw. 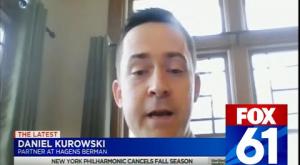 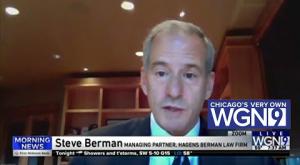 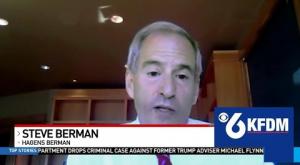 Sep 17, 2020
Class-Action Lawsuit Filed Against Seattle’s University of Washington Seeks Repayment for Students’ Tuition and Other Expenses amid COVID-19 Closure