Hagens Berman represents an anonymous whistleblower who brought his concerns and original analysis to the CFTC after hundreds of hours spent analyzing data and other information.

Both the U.S. Commodity Futures Trading Commission (CFTC) and the Department of Justice, in separate criminal and civil enforcement actions, brought charges of market manipulation and spoofing against Nav Sarao Futures Limited PLC (Sarao Futures) and Navinder Singh Sarao (Sarao) based on the whistleblower’s information.

The investigation that followed his Dodd Frank whistleblower complaint ultimately lead to the arrest of Sarao by British authorities, acting at the request of the U.S. Department of Justice.

According to the CFTC, the defendant charged in the case profited more than $40 million from the market fraud and was a significant factor contributing to the May 6, 2010 Flash Crash, a cataclysmic event that caused the E-mini S&P market price to suffer a sharp decline.

According to the CFTC Complaint, the defendant engaged in a massive market manipulation to alter the price of the E-mini S&P for more than five years by utilizing a variety of spoofing tactics, including modifying a commonly used off-the-shelf trading platform to automatically simultaneously layer multiple large sell orders into the visible E-mini S&P central limit order book.

According to the CFTC, as futures prices moved, the algorithm modified the price of the sell orders to ensure that they remained at least three or four price levels from the best asking price – remaining visible to other traders, but staying safely away from the best asking price. The complaint states that the vast majority of the orders were canceled without transactions, causing massive disruption and manipulation. Defendant utilized the Layering Algorithm on more than 400 trading days.

According to the Complaint, defendant was exceptionally active in the E-mini S&P on May 6, 2010, the day of the Flash Crash. On the afternoon of that day, the E-mini S&P market price suffered a sharp decline, followed shortly thereafter by more drops in the prices of other major U.S. equities indices and individual equities. According to the Complaint, Defendant’s manipulative activities contributed to an extreme E-mini S&P order book imbalance that contributed to market conditions that led to the Flash Crash. “These orders represented approximately $170 million to over $200 million worth of persistent downward pressure on the E-mini S&P price and, over the next two hours, represented 20-29% of the entire sell-side of the Order Book,” the complaint states.

The Complaint further alleges that Defendant engaged in a variety of other manual spoofing techniques whereby Defendants allegedly would place and quickly cancel large orders with no intention of the orders resulting in transactions.

ABOUT THE CFTC WHISTLEBLOWER PROGRAM

Hagens Berman is one of a handful of the leading law firms representing successful whistleblowers under the CFTC whistleblower program. In this highly technical field, Hagens Berman has the expertise and experience to present a CFTC whistleblower complaint to the Commodities and Futures Trading Commission under its Dodd-Frank CFTC Whistleblower Program. Our firm has handled several successful and highly publicized cases in this specialty area of practice. The CFTC is the federal agency that regulates the trading of futures and options contracts, including swaps and varied derivative products. Such fraud policed by the CFTC includes commodities and futures market manipulation; false and misleading statements; Ponzi, pyramid or other fraudulent schemes; other fraud schemes in connection with commodities, futures and swaps and certain complex derivative instruments. Hagens Berman continues to represent clients from around the world in CFTC whistleblower cases actively investigated by the CFTC Enforcement Division. 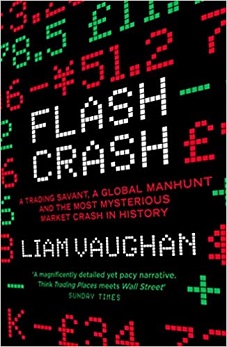 Liam Vaughan, an award-winning investigative journalist for Bloomberg, authored “Flash Crash” a book which detailed the CFTC and DOJ whistleblower case built by our Dodd-Frank whistleblower client “Mr. X” whose independent investigation and whistleblower complaints led to the arrest and extradition of the most famous market manipulator in recent history.