Hagens Berman filed a nationwide class-action lawsuit against JBS, Tyson, Hormel, Smithfield, Perdue and many other of the nation's largest meat processing companies for what attorneys believe to be a yearslong wage-fixing agreement, causing employees to receive far less for their work than legally owed. The law firm has already secured $134.6 million in settlements for workers in the poultry processing industry and hopes to recover losses for those working in this adjacent area.

This class-action lawsuit pertains to many red meat processing companies, and our firm is actively seeking to hear from those who have been employed, or are currently employees, at one of the following meat processors:

Since 2014, many red meat processing companies conspired to fix and depress compensation paid to production and maintenance employees at meat processing plants in violation of federal law.

Together the companies named in this lawsuit produce roughly 80% of the red meat sold in the U.S., and own and operate approximately 140 red meat processing plants in the continental United States. These processors employ hundreds of thousands of individuals who work hard to help supply the food that many Americans eat.

We believe these companies collectively suppressed wages and employment benefits based on a calculated system, stifling competition across similar places of employment and positions within the red meat processing industry, all to increase overall profits.

The lawsuit states: “Defendant Processors engaged in the conspiracy to increase their profits by reducing labor costs, which comprise a substantial share of each Defendant Processor’s total operating costs. The intended and actual effect of Defendants’ conspiracy to fix compensation has been to reduce and suppress the wages, salaries, and benefits paid to Class Members…”

YOUR RIGHTS AS AN EMPLOYEE

Hagens Berman believes that employees at hundreds of red meat processing plants have been cheated in wages and benefits, and we intend to fight to recover their losses. When employers cooperate to stifle employee pay for the sake of their profits, workers always lose, and we’re here to challenge this illegal wage-fixing.

Under federal antitrust law, the Sherman Act, your wages as an employee are protected under law that prohibits agreements that stifle competition and lead to (in this case) lower wages within a single industry or area of work.

Hagens Berman is one of the most successful employment and antitrust litigation law firms in the U.S. and has achieved more than $320 billion in settlements for consumers in lawsuits against big banks, technology corporations, automakers and others. Hagens Berman has achieved many monumental settlements in antitrust suits, including in wage-fixing matters affecting the poultry processing industry where our pending litigation has already achieved $195 million in settlements for workers. Your claim will be handled by attorneys experienced in employment and antitrust law.

There is no cost or fee whatsoever involved in joining this investigation. In the event Hagens Berman or any other firm obtains a settlement that provides benefits to class members, the court will decide a reasonable fee to be awarded to the legal team. In no case will any class member ever be asked to pay any out-of-pocket sum. 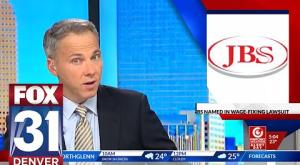 An antitrust lawsuit seeking to represent workers in the red meat processing industry is accusing 11 of the nation’s largest meat processors of colluding to suppress the wages and benefits of hundreds of thousands of their employees since 2014. 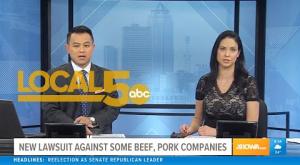