Hagens Berman was one of only two private law firms in the United States to help bring state attorneys general government tobacco law enforcement and medical cost recovery actions against the well-funded tobacco industry. One lawsuit was brought in Hagens Berman’s home state of Washington. The other action was brought in Minnesota.

At the Washington trial, Berman participated in voir dire (the selection of jury members), presented the opening statement and questioned key witnesses. Two key witnesses who were instrumental in proving liability were Dr. Jack Henningfield, an expert on cigarette design, and Dr. William Farone, a former director of research for tobacco manufacturer and supplier, Philip Morris. Berman also directed crucial strategic decisions and helped prepare witnesses presented by the state’s other trial lawyers in the case.

The Washington and Minnesota trials and other strategies helped bring about a proposed national settlement between 46 states and leading tobacco companies.

One Defendant as Whistleblower: Steve forged the tactic to have the Liggett company – which manufactured Chesterfield cigarettes – act as a whistleblower. Liggett admitted that smoking causes cancer and heart disease, that nicotine is addictive and that the tobacco industry targets children.

In 1997, Liggett was the first tobacco company to settle. Steve secured the cooperation of Bennet LeBow, Liggett’s CEO. Steve also insisted that Liggett waive all claims of attorney-client privilege. Liggett’s admissions, the cooperation of LeBow and the release of previously privileged documents were instrumental factors in driving the tobacco industry to the larger settlement.

Use of State Law Enforcement Laws: Another Hagens Berman successful strategy was to develop a key legal tactic against the tobacco companies. Prior to Hagens Berman’s involvement, traditional tort claims were tried in tobacco litigation and usually failed.

Hagens Berman developed the idea that law enforcement claims such as state consumer protection, antitrust and racketeering laws would be more effective. Part of the success of this strategy was the very real prospect that the tobacco company defendants would have to pay back a large portion of their profits. Hagens Berman developed and had success with these law enforcement strategies because many of the state consumer protection laws were patterned after federal laws which Hagens Berman was already using to bring winning class-action and whistleblower lawsuits.

Liability Documentation Database: The multistate tobacco litigation required review of more than 30 million documents. Hagens Berman took the initiative to create a database to store, analyze and search through documents for a variety of criteria, used by the firm’s 12 lawyers and more than 40 state assistant attorneys general.

Surveys and Focus Groups: Hagens Berman commissioned an expert survey of adolescents’ perception of tobacco industry advertising towards minors. The survey results showed that most minors who saw RJR Winston’s “No Bull/No Additives” campaign incorrectly thought that RJR’s cigarettes were less addicting, less harmful to their health, and safer. On Mar. 3, 1998, the FTC announced that it had settled a claim on this point based on Hagens Berman’s work in Arizona. Hagens Berman also conducted other focus groups to help anticipate the opinions of potential jurors. 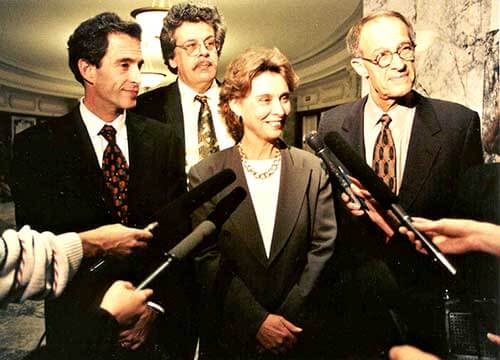 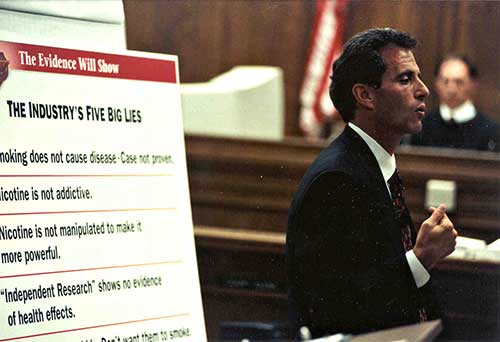 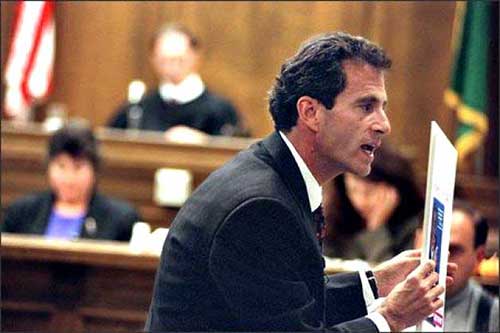