LOS ANGELES – Today, hundreds of current and former students of the University of Southern California reached a $240 million proposed settlement in a class-action lawsuit against the university and its former gynecologist, Dr. George Tyndall, for his alleged decades-long sexual abuse of his patients that persisted despite USC’s knowledge, according to Hagens Berman.

The class-action lawsuit filed in the U.S. District Court for the Central District of California details sexual abuse and violations of Dr. Tyndall, who subjected his patients to inappropriate touching, unnecessary penetration with his hands, lewd comments, photographing, and other acts of sexual harassment. The university knew of his behavior since at least the 1990s, according to the complaint.

“Many of the hundreds of women who have stepped forward to speak up about what happened to them at USC felt powerless against the university and Dr. Tyndall. This proposed settlement not only brings meaningful relief to this class of USC graduates and students, but stands as a testament both to the strength of these women, coming forward to tell their truth, and to the ability of class actions to create real positive impact for those who have suffered,” said Steve Berman, managing partner of Hagens Berman and attorney representing the class of USC alumnae. “We are pleased that this proposed settlement will bring meaningful recovery to this class of women, without intensive litigation and discovery directed at the victims, and provides a relatively simple process to have their cases evaluated by a Special Master.”

Hagens Berman’s client, Meggie Kwait issued the following statement regarding the proposed settlement: “Over the course of this lawsuit, I heard the stories of hundreds of other USC students and alumnae who experienced violation, humiliation, and abuse. We were trapped in a system that robbed us of our safety, our dignity, and even our voices – in the very place that should have been teaching us to stand and speak our truth. This settlement is for me, my classmates, my mentors, my students, and for all my sisters in the Trojan family. In isolation, I felt powerless. With this class action, and with the #MeToo movement, I found my strength – and my voice.”

Ms. Kwait is 31 years old and an educator in New York. She currently teaches middle school in a New York City private school, and she is pursuing a master's degree in international relations. In her lifetime, she’s worked as a professional singer, served as a member of the clergy in three countries, and taught in public and private schools in both English and Spanish. Meggie has degrees in British history and opera performance, and she studied at a top 10 law school and in a prestigious rabbinical school before redirecting her path toward education.

Under the stipulations of the proposed settlement, there exist three tiers of claims available to class members: 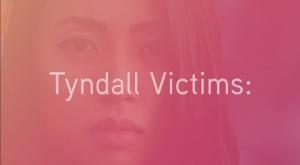