In misleading mailers sent to Florida residents, U.S. Sugar also claims that the field burning at the center of the lawsuit is necessary to preserve local jobs – an incorrect claim, attorneys say, aimed at saving the sugar industry’s profits, not benefitting locals.

“U.S. Sugar is willing to lie and manipulate the very communities that sustain it, even as its practices generate harmful air pollution,” said Steve Berman, managing partner of Hagens Berman, one of the two law firms taking on the industry’s harmful practices. “What makes this behavior even more reckless and negligent is that simply shifting to green-harvesting practices – which has easily been done elsewhere – would diminish pollution and help the sugar industry’s long-term bottom line.”

“Switching to green harvesting would still require the local labor force. Plus, these methods have been shown in studies to replenish the soil nutrients necessary to the long-term sustainability of the fields,” said Matthew Moore, lead counsel for the Berman Law Group. “Burning is actually depleting the soil and will eventually bring an end to sugar cane harvests in the Glades.”

U.S. Sugar is one of several defendants named in a class-action lawsuit filed in federal court in 2019 by The Berman Law Group on behalf of Florida residents in those communities most affected by Big Sugar’s practice of pre-harvest burning. Many of those affected by Big Sugar’s air pollution hail from predominantly Black neighborhoods in Palm Beach County, and say the practice fills the air with toxic fumes, ash and “black snow” that rains onto their property and homes. Hagens Berman joined the suit in December 2019.

If you live in an area of Florida affected by toxic smoke and ash created by the sugar industry’s sugarcane burning, find out your rights »

In its October 2020 “State of Our Air Report,” U.S. Sugar states that “…the Glades communities’ air is good,” and congratulates itself on a “safe and successful harvest.” But a close look at the report reveals that U.S. Sugar’s claims are based on readings from just one air quality monitor – the only such monitor in the 675-square-mile area where the lawsuit’s proposed plaintiffs reside. Publicly available documents also reveal that since 2013, the Florida Department of Environmental Protection has designated the monitor as “nonregulatory” because it fails tests necessary to meet federal standards. Furthermore, the monitor is only able to measure just one of the many pollutants emitted by sugarcane burning.

Florida residents’ attorneys argue that these limitations call U.S. Sugar’s claims into doubt. “Defendants base their claim that air quality standards are met in the whole of the putative class area on data from a single air quality monitor, for a single pollutant type (PM2.5), in a remote Belle Glade parking lot,” the attorneys state in an August 26, 2020 court filing. “Even assuming this data is accurate, it is of vanishingly little utility in assessing the impact of Defendants’ burning over the whole of the Glades, as it provides information about a single data point in an otherwise vast class area.”

Where Big Sugar Got it Wrong

Steve Berman said, “We’re not here to turn this into a game of ‘he said, she said.’ We’re here to point to real, useful data that shows a clear picture of how Big Sugar is harming Glades residents. The same kind of burning Big Sugar does in Florida has been done away with elsewhere for a reason. And if the industry were to leave the practice behind, its business – and the livelihoods of those subjected to its effects – would benefit.”

“Glades residents deserve better than toxic smoke and propaganda when they can smell the truth in the air,” he added.

Florida residents’ attorneys say that, in the absence of reliable air quality data, it is necessary to use data-intensive, EPA-approved air dispersion modeling (or AERMOD) to understand the impacts of Big Sugar’s crop burning – as part of which hundreds of thousands of acres of fields are set on fire each year. Between 2009 and 2019, Big Sugar burned approximately 3,244,971 acres of sugarcane fields across 83,382 individual burns in Palm Beach County, and hundreds of thousands more in Hendry, Glades, and Martin counties. In 2019 alone, the industry burned 284,615 acres in Palm Beach County as part of 7,891 fires during the “burn season,” or approximately 43 fires each day. On some days, there are as many as 60 burns.

“Simple reasoning would tell you that air pollution increases when you’re burning dozens of fields a day almost nonstop for six to eight months of the year,” Berman said. “We ask U.S. Sugar: Why rely on one source of data when we have at our disposal an EPA-vetted modeling system that tracks far more information? We welcome all to have a look for themselves.”

Find out the truth about toxic sugarcane burning »

The residents’ attorneys say that while U.S. Sugar’s PR campaign is based on data from just one monitor, they have used AERMOD to analyze and sort trillions of bits of publicly available data. The resulting model of Big Sugar’s burning is not only more accurate and detailed than U.S. Sugar’s, but also tracks the emission of 13 different pollutants.

According to the plaintiffs’ lawsuit, which discusses these modeling results in detail, Big Sugar’s burning imperils the health and well-being of Florida communities for six to eight months of every year. Not only does smoke and ash dirty homes, schools and property miles from a burn area, but it also contains particulate matter, dioxins, polycyclic aromatic hydrocarbons, volatile organic compounds, carbon monoxide, sulfur oxides, nitrogen oxides, ammonia, elemental carbon, and organic carbon – some of which have been identified as possible human carcinogens, attorneys say. After being released into the air, these pollutants contaminate residents’ property and put their respiratory health in grave danger.

In experiments, researchers at the University of Florida’s Institute of Food and Agricultural Sciences found that Florida sugarcane fields that are green-harvested produce roughly as many tons of sugar as fields that have been burned. Following a three-year trial conducted in Belle Glade, researchers concluded in a 2017 paper that “no significant effect of harvest system [i.e., pre-harvest burning vs. green harvesting] was observed in final yields in Florida,” and that “the effect of green cane harvest on sugarcane yields in Florida and Costa Rica was neutral compared to burnt cane harvest.”

“In its mailers, U.S. Sugar lies through its teeth to pull at the heartstrings of Floridians, telling them that if it was to halt the crop burning tainting the Florida air, jobs would be lost,” Moore said. “This is more Big Sugar smoke and mirrors. The truth is that switching to modern methods would boost both jobs and profits for the industry. U.S. Sugar’s false choice – that residents must choose jobs or clean, clear air – is just untrue.”

About Hagens Berman
Hagens Berman Sobol Shapiro LLP is a consumer-rights class-action law firm with 10 offices worldwide. The firm’s tenacious drive for plaintiffs’ rights has earned it numerous national accolades, awards and titles of “Most Feared Plaintiff’s Firm,” and MVPs and Trailblazers of class-action law. More about the law firm and its successes can be found at hbsslaw.com. Follow the firm for updates and news at @ClassActionLaw.

About Berman Law Group
Established in 2008, Berman Law Group has expanded to numerous offices in Florida and across the U.S., after quickly garnering a well-deserved reputation as an indefatigable and fearless defender of its clients’ rights. The firm is headquartered in Boca Raton and has four other offices in Florida, as well as offices in New York City, Atlanta, New Orleans, Las Vegas, and Los Angeles. For additional information, see bermanlawgroup.com. 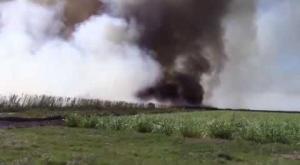 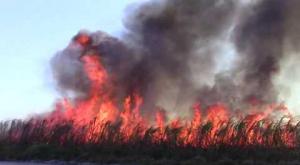