May 22, 2019 | View Case Page
Attorneys see massive win of the residents of Chicago in lawsuit against the city

CHICAGO – In a 2-to-1 decision from the Illinois Appellate Court, a class-action lawsuit against the city of Chicago alleging that the city knowingly engaged in construction projects that increased the risk of toxic levels of lead in residents’ tap water, has been revived and is allowed to continue, according to Hagens Berman.

The decision to dismiss the case made by the Circuit Court of Cook County has now been reversed and remanded for further proceedings.

“We can reasonably infer from these allegations that plaintiffs and their families drank the contaminated water serviced to their homes, thus exposing their bodies, and the organs, tissues , and bones therein, to lead,” the opinion reads. “…Even low levels of lead exposure in children ‘have been linked to damage to the central and peripheral nervous system, learning disabilities, shorter stature, impaired hearing, and impaired formation and function of blood cells.’”

The lawsuit seeks a fund to pay for medical  testing to detect elevated blood-lead levels and to assure residents are made aware of the hazards and effects of contamination. The suit says the city also failed to warn residents of the risks or provide accurate directions on how to reduce the risk of lead contamination. The lawsuit also seeks compensation from the city to replace their lead service lines under a theory of inverse condemnation, claiming that the city’s construction has irreversibly damaged their property.

The lawsuit, originally filed on Feb. 17, 2016 in the Circuit Court of Cook County Illinois, states that the city’s aging lead water pipes are disturbed by construction or street work, meter installation or replacement, or plumbing repairs. These projects disrupt the polyphosphate coating that protects the service lines and increases the risk of “alarming levels of lead” into nearby residents’ water supply, according to the lawsuit. Nearly 80 percent of the properties in Chicago receive drinking water via outdated, brittle lead pipes that are cut and greatly disturbed by the city’s water and sewer main projects.

“When we filed this case in 2016, we did so under the belief that the city of Chicago has ultimately failed to uphold its duties to its residents by putting the health and safety of Chicagoans at risk,” said Steve Berman, managing partner of Hagens Berman. “We are incredibly pleased that the appellate court has seen our side of this issue, and we look forward to continuing to pursue this action concerning this public health issue with the utmost urgency.”

Berman, who was raised in Chicago added that, “The city has let its residents down and turned a blind eye to its own. Hundreds of thousands of residents are suffering in plain sight.”

According to expert Marc Edwards, drinking Chicago tap water, particularly where the city has conducted a water main replacement project, is “like a game of Russian roulette.”

If you are a resident of Chicago and believe you have been put at risk of lead contamination due to the city’s disruptive construction projects and lack of information, you may be entitled to medical monitoring and other compensation from the city. Contact Hagens Berman’s legal team about the class-action lawsuit on behalf of Chicago residents.

Attorneys say the incidence of lead poisoning among Chicago children living in older homes is several hundred percent higher than children living in similar homes in other cities. The complaint states that Chicago’s public water system contains millions of lead pipe service lines throughout the city and that since 2008, the city of Chicago has been modernizing its water system, replacing water mains and pipes that date to the 1800s. It has conducted more than 1,600 water main and sewer replacement projects since Jan. 1, 2009 that directly affect the water supply to Chicago residents.

Find out more about the class-action lawsuit against the city of Chicago regarding toxic lead water contamination. 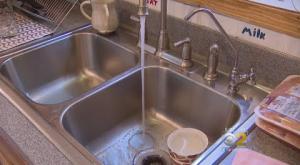 CBS Chicago reports on how the replacement of water mains throughout the city may increase lead levels in Chicago's drinking water. 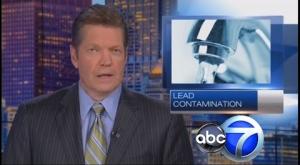 Chicago residents filed a class-action lawsuit against the city of Chicago pertaining to water contamination from the city's aging lead pipes, which can lead to health problems.